Showing posts from December, 2012
Show all

December 28, 2012
Lend your eyes and ears to this important update!        Inuit has just released  Payroll Update 2013 , with revised tax tables. There are Several forms updates that are included for Standard and Enhanced Payroll customers. As you read this you should be asking yourself whether or not you have already received the Payroll Update 2013.        Not sure if you have received it or not? Don't worry! Below you'll find instructions on how to check to see whether or not you have gotten the update. Make sure that you have received everything in the P Update so that you can be in compliance with legislation that affects your payroll.  For details on the contents of this update, open QuickBooks, go to   Employees > Get Payroll Updates , and click on the  Payroll Update Info  button. How to check to see if I have the update?  Open QuickBooks and choose  Employees > Get Payroll Updates . You should see a message that says,  "You are using tax table version: 2130
Post a Comment
Read more

December 17, 2012
1. Open a specified business checking account 2. Do not share funds.  Spending from the business account should be for business purposes and expenses only. Never deposit directly into your personal bank accounts. 3. Hold on to ALL your receipts! 4. Submit the receipts for reimbursement so the company will have a record of the expense if you must make purchases from a personal fund. 5. Be aware of the state and federal rules of your business’s entity type 0 sole proprietor, S-Corp, C-Corp, or LLC 6. When contemplating adding another employee, verify and understand the TRUE cost of the employee and your obligations for timely tax remittals as the employer. 7. Employee taxes are not your money 8. Sales tax funds should never be combined or incorporated into your operating capital or counted on for operating. This is not your money.  Got a QuickBooks Mess? Call the QuickBooksGal! 775-348-9225
1 comment
Read more

December 13, 2012
Intuit has released   Payroll Update 21301 , with revised tax tables. Several forms updates are included for Standard and Enhanced Payroll customers. This email also provides details on the following: Managing the 2013 Medicare tax rate change in QuickBooks Federal payroll-related changes Important year-end information It's important that you receive everything in the Payroll Update   so that you will be in compliance with legislation that affects your payroll. For details on the contents of this update, open QuickBooks, go to   Employees > Get Payroll Updates , and click on the Payroll Update Info   button. How do I know I have the Payroll Update? To make sure that you have received the latest update, open QuickBooks and choose Employees > Get Payroll Updates . You should see a message that says,   "You are using tax table version: 21301." If you do not have version 21301, click   Update . For more detailed instructions,   click here . QuickBooks also
Post a Comment
Read more

Calling all you Mac users! The QuickBooks Gal now supports QuickBooks for Mac! The QuickBooks Gal is your ONE stop center for all your QuickBooks needs, including Mac and our newly certified QuickBooks Online! Call now and mention QBGALMAC and receive a free 30 minute consultation with The QuickBooks Gal! Quickbooks for Mac would work well for Apple users looking for a familiar Mac based program that runs well, is easy to use, and gets things done. It also works great for small businesses! Quickbooks for Mac makes accounting very easy and provides all sorts of reports to show you exactly how your business is doing financially. No matter what type of business you run or are looking to start, you need to have accounting software and we can help! We can answer any QuickBooks questions, from QuickBooks online to QuickBooks Mac we are Northern Nevada's leading QuickBooks ProAdvisor! Got a QuickBooks Mess? We Set Up, Clean Up & Train! Bookkeeping & Payroll Services. Shoe box to C
Post a Comment
Read more

December 06, 2012
Do your employees stab at their keyboards when you approach? Are their giggles unlikely to be caused by open invoice report or check register on the screen? Are they spending more time reading from their screen than producing when at the computer? Maybe it's time for a formal Computer Usage Policy. Consider a policy that expressly states all or a variation of the following check list. I print two copies, require that employees sign both copies (one for them and one for me) and I add a disclaimer above their signature that violation of one or a combination of the above policies will be considered grounds for termination. Company Computer Use Policy 1 - Our company uses a web-based email (if applicable). Do not use any other email or install email portals on your workstation. 2 - Our company uses only Internet Explorer, Firefox, Opera, etc. Do not use or install any other web browser on your work station. 3 - Do not open an email attachment before scanning
Post a Comment
Read more

December 06, 2012
Last year I published a podcast about W-2's and 1099's that I think is worth repeating. It's getting to be that time of year and we need to be thinking about some of the things we have to do to get ready.   As a business owner with employees or subcontractors you will be required to issue W-2's to employees and 1099-Misc to non-incorporated, non-employee service providers. Subcontractors and service providers who are not incorporated must provide a form W-9 to you. You'll use this information to issue a 1099 to them if they were paid $600 or more in the tax year. You can download form W-9 at   IRS.GOV . I generally mail this form to all subcontractors with their first payment. If you haven't done this yet, then it would be a good idea to mail or fax these out now so you will be prepared to process forms next month. Form W-2 for Nevada employers is a 4-part document. You will issue 2 copies to the employee, keep one file copy with your payroll records and
1 comment
Read more 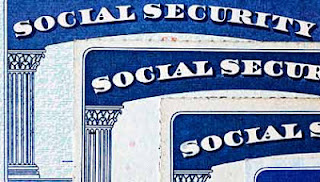